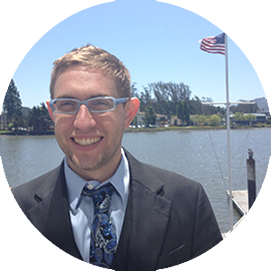 Joshua is the owner and CEO of Ruskin Consulting. Joshua graduated from San Diego State University with a degree in Communication and Philosophy. He was a part of the Speech and Debate team and won 3 out of 4 national competitions. After college Joshua went to Korea to teach Speech and Debate, after that Josh went on to tutor in Science and Math while working on his first business endeavor which eventually turned into Ruskin Consulting.

Joshua soon became both Google and Bing Certified as well as Certified in Google Analytics. Joshua then began speaking at public events and on the radio growing his reputation as the go-to digital marketing expert. Later Joshua took his company to new heights when Ruskin Consulting became a Google Partner and later the top ranked Google Partner All Star. Winning quarterly rewards from Google, Ruskin Consulting has grown significantly since it’s early founding and continues to grow in massive strides to this very day.