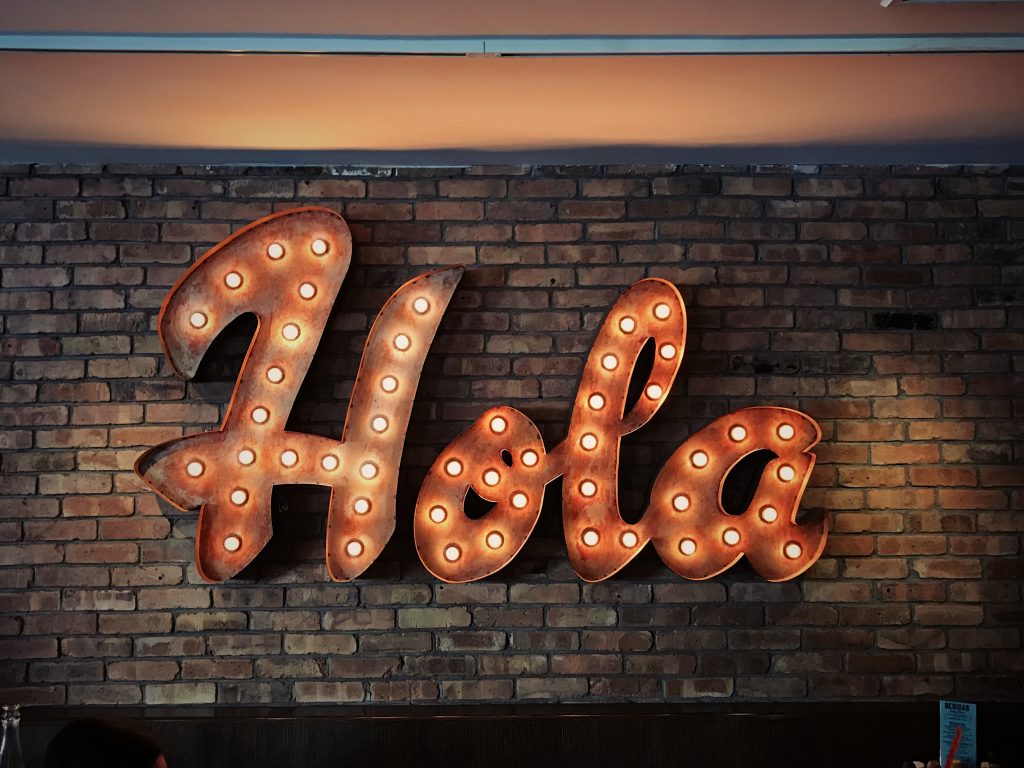 When developing any digital marketing strategy, website placement is critical. It is a vital avenue to direct people to your organization’s or group’s Spanish language website. Emphasizing essential terms and phrases can help you rank higher on SERPs, which equals more traffic and visibility for your company.

The United States, as the world’s second-largest Spanish-speaking country, is giving progressively more justification for developing a Spanish SEO strategy. After all, with the recent Google algorithm adjustments, it’s more crucial to have original web material while communicating to your customers in their native tongue.

However, knowing Spanish is insufficient. To be genuinely effective, you must have a thorough understanding of SEO and your unique market. Fortunately, we are happy to offer our first-hand knowledge of international SEO.

Why Do You Need SEO in Spanish?

An increase in the number of Spanish speakers in the United States.

Additionally, Spanish-speaking people are not confined to border states like New Mexico and California; 23.2% of Floridians and 18.2% of New Yorkers speak Spanish. Many people across the world speak Spanish, which is an international language.

E-commerce is exploding in Mexico.

The e-commerce giant that is Amazon is undeniable. Amazon began operations in Mexico in 2015. By 2019, it had garnered 50 million users and served 25 cities daily. The monthly Amazon Prime fee is 4.60 in US dollars as of October 2020.

Because there are so many Spanish speakers in the United States, Spanish-speaking markets are a natural initial step for many US-based businesses.

Many companies (even well-known ones) struggle with Spanish SEO, misunderstanding how to communicate with customers in a different language and another place. It’s not just a matter of translating your brand’s content from one language to another for Spanish SEO and international content marketing.

Partnering with a Spanish SEO agency that can introduce you to a new market and ensure your messages attract and convert the desired audience is the first step toward effective international marketing. In other words, a Spanish SEO can assist your brand in “speaking” the language so that it connects with the Spanish audience and generates the desired sales results.

It isn’t easy to expand a business into an international market with a distinct culture and language, and it’s much more intimidating if you don’t speak or understand the language—a compelling argument for seeking assistance with your Spanish SEO and foreign content marketing activities.

How do you create an effective Spanish SEO strategy for your business?

Know your audience and what they want.

Following Spanish SEO techniques designed for a different culture, such as the English-speaking population, would likely be useless. It’s vital to note that the search patterns of Spanish and English audio systems differ. It will be more challenging to concentrate on Spanish speakers if you don’t understand their goals and desires.

When choosing keywords, be mindful of regional differences.

In English, for example, the ‘service’ road is also known as a side road, frontage road, or ramp; similarly, in other languages, the Spanish equivalent to the word ‘service’ road is also known by its synonyms. For example, in Colombia, torta refers to a cake, but it means a sandwich in Mexico. As a result, you may use the phrase torta as a keyword for sandwiches in your local company in Mexico, but it won’t work if you want to target clients in the Columbian region. As a result, it’s critical to comprehend the differences in regional diversity and build keywords that cater to those differences to reach a wider audience. It will increase your web traffic, which will result in more leads and revenues.

Make use of Google Ads in Spanish.

Adjusting your language targeting parameters to include Spanish is the first step in increasing the efficacy of your AdWords campaign in the Spanish-speaking market. According to research, 66% of Latinos in the United States place a high value on web advertisements, compared to approximately 20 percentage points lower for the overall non-Spanish population!

According to research, the Latin community is a “social media shopper,” thus boosting Spanish postings on Facebook that target the Latino population will help you break into the Spanish-speaking market.

When it comes to Adwords and PPC ads, it’s crucial to enlist the help of a local translator. If you translate particular English words and keyword phrases into Spanish, you may lose out on the slang and jargon used by native speakers.

If you spend too much time looking for terms related to your company, you can pursue all of the wrong concepts. As a general guideline, utilize Google Analytics and Google Search Console to determine which keywords and phrases are most likely to produce significant traffic from search engines like Google.

To find keywords, you may utilize Google Keyword Planner. Change the default language option from English to Spanish when searching for Spanish keywords. When you put the user’s experience first, you’ll discover new methods to reach your target audience. Here’s an example to help you understand… Assume you operate in the hospitality sector and want to attract more guests to your establishment. You’re probably aware that most individuals look for hotels in the areas they’re interested in or wish to visit. However, just targeting keywords based on region won’t get you very far; you’ll need to be more particular to reach your target demographic. It would help to concentrate your keyword research on services and amenities that clients find appealing, such as hotels with gyms, swimming pools, open bars, etc. It will guarantee that you reach a larger audience and, as a result, have a higher chance of long-term growth.

¿Prefieres Hablar en Español? (Do you like to communicate in Spanish?) Many Spanish-speaking visitors would prefer to read in their language. There are two possible courses of action in this situation:

Either choice you make, it’s wise to have a native Spanish speaker translate your work for you.

Use pictures correctly, but don’t overdo it with them.

Maintain a balance between the text and the images. Images of your services or items are crucial since they bring emotion to the individual’s experience. At the same time, be wary of the over-use of your pages’ photographs. If Google remembers your website while searching for specific key terms, you may get punished for pages with many photos that rank higher. If a picture is too essential and unrelated to your company, consider utilizing it as a picture linked somewhere on your website.

Because you only have a limited amount of characters in metadata, you must utilize them carefully. A Meta Title in English may perfectly fit, but when translated to Spanish it could become too long.

Long detailed explanations, fancy adjectives, and ellipses are not appropriate. Although metadata has no direct effect on internet rankings, it can provide a preview of web pages and influence a user’s decision to click through and learn more about them. Consider this space to be a showcase for your crown jewels. What distinguishes you from the competition? Why should they choose you over your rivals?

If your on-page components (such as page content) are in Spanish, your off-page elements (such as metadata, URL structure, and ALT tags) should also be Spanish. You must also maintain your second language pages regularly. Like any English site, Spanish web pages require keyword updates, timely material, and new photographs.

SEO is similar to any other sector of endeavor. Local firms will not yield to a foreign company in becoming a significant rival in the field until it begins to specialize in local trends, culture, or linguistic subtleties. Knowing these factors and considering them when planning SEO actions can significantly improve your chances of success in the Spanish-speaking market.